A young Regtech company with SaaS solutions for SIP devices.

Learn all about our mission and vision, background, history and our team. 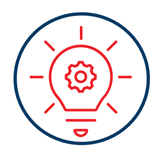 the data to ensure compliance and, control, automate & optimize your business process

CyberTwice’s vision, is quite simply to be a global Regtech provider of state-of-the-art, secure, scalable, SaaS based Recording, Archiving and Finding solutions. With a mindset of excellence, innovation and entrepreneurship we help financial institutions and other businesses worldwide to comply with regulations in an efficient and inexpensive way.

CyberTwice, as a young RegTech company, evolved from previous organizations, which were prominent in the market for compliant voice recording and archiving solutions. The founder of CyberTwice, Mr. Sil Steffens, has been active in the field of professional voice recording solutions since 1985 when he started CyberTech.  CyberTech products like the DSC-tap card and MynaVoice, the world's first distributed recording system with fingerprint and advanced encryption on all calls, were successfully sold to many banks globally and were supporting the growth of the company. This resulted in 2010 to the #3 position in the global voice recording market with more than 50% of the top-50 Global Financials as a customer. The company was acquired by NICE Systems in 2011.

The experiences with CyberTech, the changes and challenges in the communications compliance market caused by the new regulations and innovative ideas about new architectures and compliance solutions convinced Sil Steffens and like-minded associates from the industry to start a new company named IP-Lease B.V.. After two years of intensive research and development the organization introduced the eRecorder HD and signed in the meantime a partnership agreement with a leading Global Mobile Network Equipment manufacturer for distribution. In September 2016, the leading Dutch telecom service provider made a decision to integrate the eRecorder HD in their core mobile network and offer Mobile Voice Recording as a service to their financial clients and other enterprise customers. With this step, the door has been opened for global growth and to increase the market awareness, the company name was changed to CyberTwice.

Sil has a long term background in telecommunications. He started his career at PTT, the Dutch state telephone company. In 1986 he founded CyberTech Telecommunication Development together with his brother in law. The company’s products were very successful and CyberTech grew fast and became the worldwide number three in the voice recording industry. In 2011, CyberTech was sold to their main opponent, NICE Systems Ltd. Sil spent the next couple of years looking after his beautiful collection of British sports cars, but then again, innovation is in his blood, so he decided to have another go and started CyberTwice.

Ad Ketelaars has over 30 year's of experience as General Manager and CEO of multiple companies in the electronics , telecom and IT industry. He has worked among others for Dutch, French, American, Japanese, Israeli and Singaporean companies. After selling CyberTech International in 2011 to NICE Systems, he became in 2013 an investor in Venture Companies and an advisor/mentor. Among others Ad is now an investor/advisor/board member of RRMechatronics BV, NetYce BV, Deltaclip BV, Caringo Inc., Clearflight Solutions BV, Innoseis BV, CyberTwice, Wavecell Pte Ltd, Nugit Pte Ltd, Cocoon Capital Partners and Structo Pte Ltd. Ad holds an MBA from INSEAD and followed the SEP program at Stanford University.

Otto is the CEO of CyberTwice, driving the company’s vision, strategy, as well as, the day-to-day management of CyberTwice. Otto brings in more than 15 years of experience in building businesses and delivering results, and has been a major contributor to the growth and success of an internationally oriented technology-company, like CyberTwice. He had a 9 year tenure as Managing Director, contributed to the success of CyberTech, leading the organization, including product, global sales & services teams, and introducing new technologies and innovation to the market. Upon the acquisition by NICE, he joined as the General Manager of the Compliance & SMB Solution Global Business Unit (GBU), successfully integrating CyberTech into the NICE organization.

Otto is the CEO of CyberTwice, driving the company’s vision, strategy, as well as, the day-to-day management of CyberTwice. Otto brings in more than 15 years of experience in building businesses and delivering results, and has been a major contributor to the growth and success of an internationally oriented technology-company, like CyberTwice. He had a 9 year tenure as Managing Director, contributed to the success of CyberTech, leading the organization, including product, global sales & services teams, and introducing new technologies and innovation to the market.tr Upon the acquisition by NICE, he joined as the General Manager of the Compliance & SMB Solution Global Business Unit (GBU), successfully integrating CyberTech into the NICE organization.

Frank is co-founder of CyberTwice and holds responsibility for Sales & Operations. Prior to CyberTwice, he lead the international sales team in CyberTech for EMEA and LATAM, focusing on voice recording solutions for (Global) Financial Services Institutions and Public Safety customers in the Oil & Gas market.

Lex build up over the years a broad executive-level experience in general management, international sales leadership, marketing and consultancy in the EMEA and APAC regions in both publicly traded companies and start-up technology companies. He has been focused in recent years on compliance and policy management solutions although his experience covers further; Workforce Optimization, UC, RPA and Knowledge Management solutions. Prior he worked at NICE Systems as VP Sales Northern & Eastern Europe and at NEC Enterprise Solutions as VP Sales & Marketing EMEA. Lex holds a BCom in Marketing from HES Amsterdam.

Koos is working at CyberTwice as Product Owner and is also responsible for level 3 and 4 support. Prior to CyberTwice, he was involved in hard- and software developments at Robin Telecom Development. He has been working in IT for more than 20 years and has broad knowledge of design, networking, security, hardware and software.

Frits has over 10 years of experience developing business critical software in the telecom. He worked for 10 years at CyberTech and NICE Systems as Hardware / Software developer. Frits was responsible for the hardware designs of the ParrotDSC recording cards and the software implementations of all recording integrations.

Victor has over 15 years of experience in developing business critical software in the telecoms industry. He was at CyberTech one of the initial developers of the Myna and the Parrot DSC cards. Prior to CyberTwice he worked for NICE Systems as Senior Developer.

Maarten is part of the support and IT team of CyberTwice. He has a broad experience in Voice Recording Industry, from R&D to Support as well from Production to Implementation. Maarten worked for over 20 years at CyberTech and later at NICE Systems.

Johan has over 20 years of experience in developing business critical software in different industries. He worked for almost 10 years at NICE Systems as an Architect and Software developer. Among many other things, Johan was responsible for the architecture of the product NICE Communication Surveillance. Currently he is part of the development team which is responsible for CyberGate and the recording solution.

Esther runs the back office at CyberTwice and takes care of all financial, HR and procurement matters. She has a background in Facility Management and Real Estate Development and works for almost a decade at Robin Telecom Development. Esther holds a MSc of the University of Greenwich.

In 1995 Elly started working at CyberTech as a secretary. Over the years her role has changed into accounting. And that is where you can find her these days, in the background, managing a lot of paperwork!

Marjet is part of the marketing team and brings in experience in both B2C and B2B communication. She takes care of all marketing related matters

Want to know more about us?